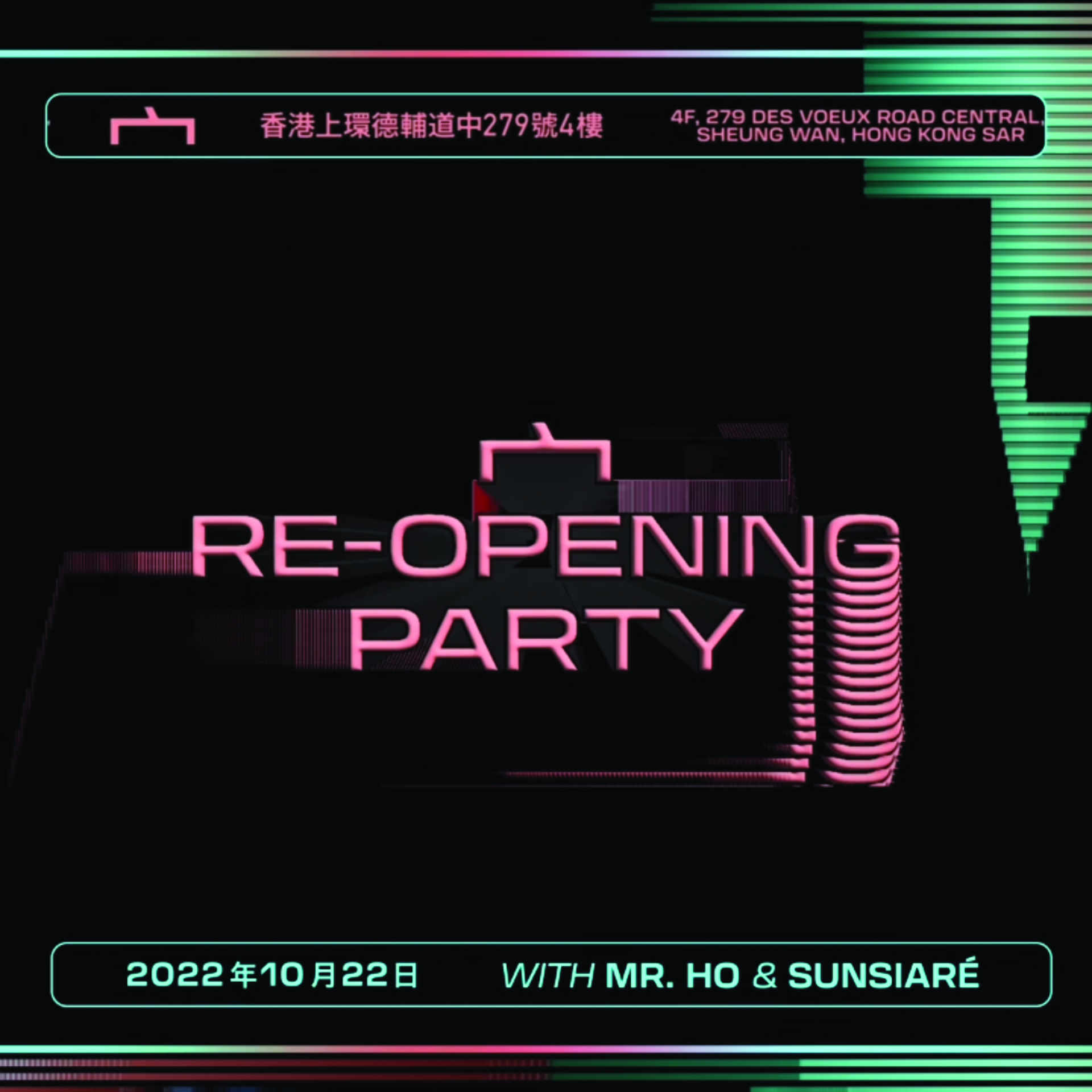 星期六派對迎來Entropy熵兩年來首個國際級嘉賓 Jing Lekker，現長駐於柏林的她，身兼DJ、樂手、製作人一身。以實驗型的Techno、Drone及Ambient風格為人知悉，無時無刻都在發掘新音樂新聲音。Jing Lekker 曾於多個知名音樂節和夜店演出，包括羅馬Short Theatre Festival的驚為天人的現場演出，還有Berghain、De School、Fusion Festival、Nachtdigital、Organik、等等。2018年推出的個人製作亦大獲DJ Mag、 The Wire、Clash及 Groove Magazine好評。 Entropy 熵派對將會由主將 Nanogram 及Yong Ying暖場，任由Techno及IBM音樂橫跨周末夜。We are very excited to welcome Jing Lekker for heavy-hitter night Entropy as our first international headliner in over two years. A powerhouse DJ, live electronic performer, producer with impressive sonic depth and constantly on the hunt for unusual sounds, Jing journeys seamlessly from techno and drone to more experimental ambient sounds. She has circulated in some of the top festivals and clubs around Europe: Berghain, De School, Fusion Festival, Nachtdigital and Organik to name a few. Her releases in 2018 have garnered critical acclaim from DJ Mag, The Wire, Clash and Groove Magazine, culminating in a milestone live set at “Short Theatre Festival” in Rome. Jing will be supported by the Entropy mainstays Nanogram and Yong Ying, each with their own brand of mind-bending industrial palettes. Get ready for a liberating night of techno, IBM and everything in between.Jing can easily swim in many fields, such as Techno, experiment, Drone, Ambient...etc; Even the sound of Italo or Atonal can't defeat her. Jing's productions are always in-depth in the mind, in order to turn the hard-to-understand brain signal into a script that does not need to be viewed by the eyes. In early 2018, she released the first electronic music story EP "Adularescence" at Steve Bicknell's 6dimensions, which was on The Wire, Clash, DJ Mag... ; At the end of 2018, "Diffraction" EP was released, full of experimental loops, classic sci-fi and sinister Techno, the EP was reported by Groove Magazine, DJ Mag, The Wire⋯⋯ and other platforms. Jing performed a Live Set at the legendary art festival from Rome "Short Theatre Festival " in 2018; she also played in Fusion Festival, Nachtdigital, De School, Dampfzentrale, Organik Festival, Mutabor, Block, Veronicaship,Berghain Draaimole Festival De School ....to name a few. In 2019, Jing spread her passion for music, and continued to break through her bottom line with her Live Set and DJ set.YONG YING, a Hong Kong-based DJ of diverse taste, spinning tunes within a wide range of electronic music, from techno to experimental and everything in-between. Expect a really intense night! A professional photographer and an interdisciplinary creative, YONG YING got on the decks in 2020 and has since obtained a reputation for playing intense music that liberates the mind. Alternatively, as a firm believer in the power of dynamic music, YONG YING also takes pleasure in presenting obscure and niche sonics to her audience. She goes the extra mile to bring new, unusual sounds to the world, because she sees music as an important outlet amidst the mundanity of daily life. From Eaton Radio to Social Room to 宀 Club, the name YONG YING is steadily making its mark in Hong Kong's subversive scene. Aside from being one of the three players in DJ collective "Otaku Girls", she is also a core member in an underground art collective dubbed "18th Floor", which aims to showcase unseen creations and brand-new experiences.Nanogram is a seasoned crate digger/DJ blending techno, industrial and experimental electronic music to create a driving and enigmatic performance. Since 2018, Jason has been curating the monthly industrial/techno/ebm/coldwave club night at 宀 Club “Entropy 熵”, bring unforeseen international artists and regional artists such as Phase Fatale Sinus O, Haruka, MXMLXXXX, and C-Kay. Nanogram is currently the resident DJ of 宀 Club and Entropy 熵 in Hong Kong. Other than his residency at 宀 Club, he was invited to performed at famed venues overseas, such as KGR’n Tokyo, Bonobo, Oil Club Shenzhen. He contributed a podcast mix to C-Kay’s Coma Hole series and Mr Ho’s House of Ho show on Sky Lab Radio, and is currently running Entropy Radio series on Radio Huru hara. Currently, he is working on his production, and researching various sound design techniques on the side.